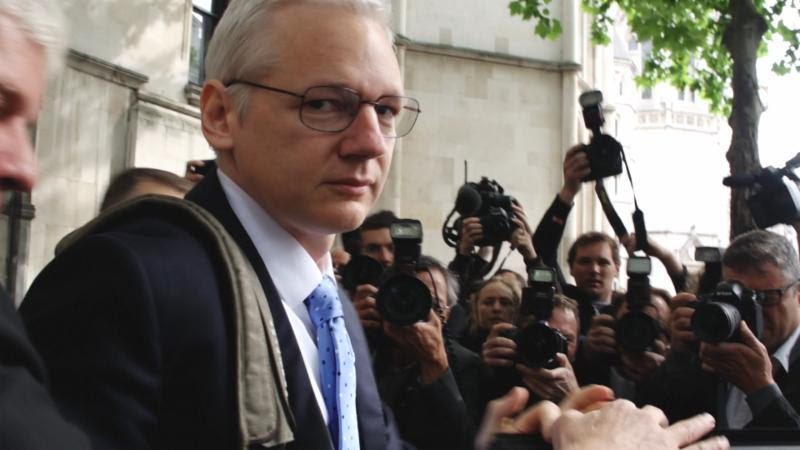 Julian Assange pours himself whiskey with ceremony. No opening to Laura Poitras’ new documentary could shock less. The tilt, the swirl, the self-satisfied quaff — I could have guessed. Such is the predominant emotion that one gets from Risk. Although Poitras had incredible access to Assange and the staff of WikiLeaks and we see their private moments, whispered conversations and wine-drunk debates, our fundamental understanding of the situation isn’t changed. Poitras rose to widespread prominence with Citizenfour, being one of the three journalists Edward Snowden contacted to leak the NSA’s illegal activities. That movie chronicles the critical days of that leak, an intimate and unique perspective. Her access is similarly peerless here, but the effect is different.

That lack of new revelations for the viewer reveals a disconnect between transparency and insight, which resonates with a fundamental question of WikiLeaks’ project. Their position is that information should be free in a just society. What this neglects to address is that information does not equal what comes to be understood from it. Information may be available, but the way it coheres into something we internalize and come to understand it, involves mechanisms both external and internal built on complex and pervasive structures of power. Information alone changes very little.

So in this case, we have a documentary that gives us more information, but no new understanding. I left thinking, as before: some of the work WikiLeaks has done has been invaluable, some of their actions noble, but the rot from within is evident and unshakable. Not that there aren’t some funny vignettes of Assange’s behavior. Early on, trying to call then-Secretary of State Clinton, he speaks as though he’s a character in a spy movie. “I don’t have a problem — you do.” On the other end of the line, a boring functionary responds in administrative platitudes.

Assange’s other tendency, to talk over people, also produces some of the most poignant pained looks on film since the Anthony Weiner documentary. He only meets his match in mowing over interlocutors when Lady Gaga stops by for a visit. Their interaction invites unflattering parallels between his behavior and her cartoonish pretension. But Poitras isn’t savage with Assange — more than anything, she seems discomfited. Poitras’ style is suited for the ambiguity and internal contradictions of her subject. A humming, series of impressions, burdened with significance and ambient fear. Her approach acknowledges her inevitable authorial presence, and her style as a documentarian is immersive. But even so, I was disappointed when she notes that she was intimately involved with one of the subjects (no, not Assange).

These people, who are handling such critical work, at such great personal sacrifice, are so painfully flawed and human. You want to grab and shake them and beg them to get it together. But at the same time, who are you to demand their behavior change, seeing as you know exactly what is going on, have known for some time, but just keep sitting, watching?